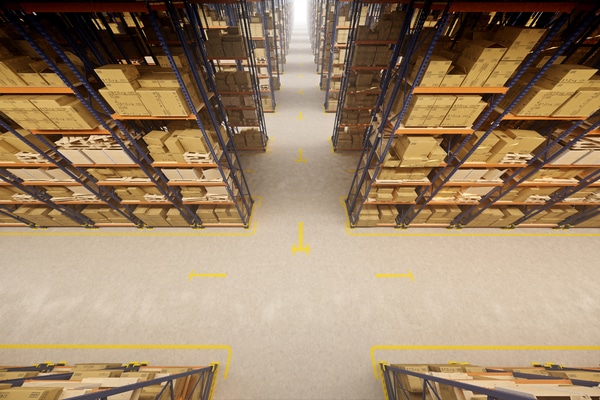 In its final days, Toys R Us, a recent victim of the so-called retail apocalypse, became little more than an enormous warehouse. It was too big, and though they stocked thousands of items, specific things were still hard to find and expensive compared to what could be found online. In an article published by The Guardian, a removal man described a visit to a branch of Toys R Us as a “nostalgia trip”.

However, despite reports of failure and closure, the retail sector is far from dead. Indeed, only recently did we see retail sales increase 0.8 per cent in February compared to the previous month. The problem for many is that the rate of change in the business world today is so fast that what worked just a few years ago can suddenly seem incredibly archaic and out-of-touch. It’s a cliché that the internet has changed everything, but of course it has, and in order to adapt and be agile in the world of retail, retailers need to understand not only the broader changes the digital age has ushered in but the smaller ways in which the internet has changed business life.

As anyone in retail knows, the market can be unforgiving. There is a pressing need for retailers to demonstrate their value to the public and think creatively to navigate the new digital world. Toys R Us failed to do this and were laid low.

“Despite reports of failure and closure, the retail sector is far from dead”

After a detached post-mortem of Toys R Us, any armchair coroner might conclude, for example, that the retailer became complacent because of its household-name status and that it adopted a business model that did not reflect the modern public’s wishes. That’s certainly possible. But it doesn’t tell the whole story.

What was most interesting about the stores’ collapse into administration was its relationship to the changing supply chain. The supply chain was always fairly simple – even intuitive. It began with natural resources and their extraction, and moved through several production links, such as construction or assembly, before passing through storage facilities of ever-decreasing size and eventually reaching the consumer. This disaggregation of the supply chain was a response to trade and the ability to specialise. Products where cheaper as a result of this disaggregation and the system worked for decades. Toys R Us had a place in this supply chain. But things are different now.

We hear all the time about Amazon, but it’s no surprise. A major reason for Amazon’s transformation from a simple online bookshop to one of the most dominant forces in the retail industry is its innovation in re-aggregating the supply chain. Its continuous efforts to make the chain more efficient, so that customers receive their ordered items in the shortest possible time, has had massive implications for retail as a whole.

By combining the most sophisticated information technology available with an extensive network of warehouses and state-of-the-art transportation, Amazon has both shortened the chain and occupied several links along it. It owns its own warehouses, which are strategically positioned and separated according to kinds of products and delivery options. It uses mostly its own delivery vehicles for same-day deliveries. And, after acquiring Kiva Systems (later renamed Amazon Robotics), it now has tens of thousands of warehouse robots.

Amazon even has its own manufacturing arm, which produces batteries, backpacks, iPhone chargers and more, and it is always looking to innovate: chief executive Jeff Bezos has announced the development of Amazon Prime Air, a drone-based delivery system that could bring products to their buyers in 30 minutes or less.

The disruption in the retail industry is extensive. When you consider the changes that the world’s most successful retailers are making to succeed in the modern world, it’s no surprise that Toys R Us, Maplin, New look and others are struggling. However, these problems seem to be localised, largely, to those retailers who operate in the storage and distribution link in the supply chain.

Retailers who are in product development, or operate along many links of the supply chain are often thriving. Take Hotel Chocolat for example. Many of the things retailers have long taken for granted have changed beyond recognition and this brave new world, taking anything for granted can be catastrophic.

Ken Daly is the CEO of JML, the consumer goods brand and multichannel retailer.

COMMENT: Now is the perfect time to open a physical store

COMMENT: How customers experience your brand is key to success