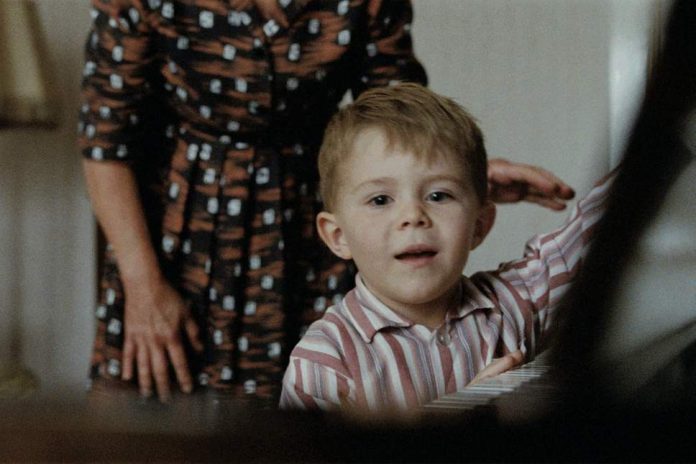 First and foremost, we have to start with John Lewis’ Christmas advert for 2018.

As with previous years, there was a lot of hype surrounding the retailer’s festive campaign, and rumours that Elton John would be involved turned out to be true.

The superstar singer and pianist stars in a short clip entitled The Boy and the Piano, and uses his iconic tune Your Song once again – after a cover by Ellie Goulding featured in the John Lewis’ 2010 Christmas advert.

With the tagline of “some gifts are more than just a gift’”, the clip takes viewers through different stages of Elton John’s life and career, with glimpses of arena concerts, private plane rides and parties.

Each scene features the vocalist at his piano, and viewers are taken right back his first school concert before eventually showing the first note four-year-old Elton John played on his newly-gifted piano for Christmas.

Another favourite in the Christmas advert season is Sainsbury’s, and this year it enlisted The Greatest Showman director Michael Gracey for its campaign.

Entitled The Big Night, the advert begins with a group of school children coming together backstage for a Christmas show.

Eight-year-old Tia Isaac, dressed as the northern star, nervously appears stage before stunning the audience – especially her mother – with a rendition of the New Radicals’ hit song You Get What You Give.

Isaac is supported by a cast of almost 60 children from across the UK playing a host of Christmas characters, such as a nativity camel, baubles and presents, a drummer dressed as a turkey, the Queen in a TV box giving her Christmas speech, and even a set of fairy lights – including the plug.

It also captures emotional reactions from the audience, as some of the cast’s real-life parents are featured seeing their child perform the show for the first time.

Iceland broke with tradition and presented an advert that had a strong environmental message.

The grocer grabbed headlines and even sparked a 600,000-strong petition to Parliament when its clip went viral online after it had been banned from being shown on TV by broadcast regulator Clearcast.

The advert is a short film called Rang-tan, which tackles the issue of palm oil and the destruction to orangutans’ natural rainforest habitats caused during its production.

It was originally created and used by Greenpeace earlier this year, but an agreement was reportedly reached that Iceland could use the video as part of its Christmas campaign.

The UK’s biggest retailer used its 2018 Christmas campaign to celebrate diversity and the different ways the nation does Christmas.

For the first time ever, M&S presented two separate campaigns – one for its food division and one for its clothing and home division.

While the latter enlisted the support of TV personality Holly Willoughy and supermodel David Gandy, the food adverts consisted of unscripted clips that placed M&S customers and staff front and centre.

Debenhams was the first of the major department stores to launch a Christmas TV campaign, which champions the success of thoughtful gift givers.

Accompanied by the strapline “do a bit of you know you did good”, the campaign is the evolution of the “do a bit of Debenhams” platform which launched in September.

The adverts comprise of four 20-second clips that depict a gift giver experiencing the moment of joy knowing that they’ve found the perfect gift, alongside the injection of a signature soundtrack Star by Kiki Dee and voiceover by Jenna Coleman, the star of Victoria, Dr Who and The Cry.

Boots’ Christmas advert attempts to channel John Lewis by pulling at the heartstrings.

It depicts a single mother and her daughter accompanied with a rendition of Robbie Williams’ 1998 hit She’s the One.

However, the lyrics are changed to “she’s me mum”.

The German discounter brought back 2017 favourite Kevin the Carrot in an all-new adventure.

Waitrose’s 2018 campaign consists of a series of six 30 second adverts that provides a light-hearted take on the role food plays during the rituals and traditions of Christmas.

Accompanied with the tagline “too good to wait”, the adverts aim to convey the idea that Christmas is about enjoying great quality food with loved ones, that one would do whatever it takes to get to it as quickly as possible.

In one of the clips, the upmarket grocer even featured the Elton John advert from stablemate John Lewis.

The electronics chain was perhaps the first in UK retail to launch its Christmas campaign.

To mark the start of the shopping season, Currys PC World’s advert depicts a classic Victorian Christmas complete with “upgraded” modern gadgets, sporting the slogan “the magic of Christmas, upgraded”.

Asda was also one of the first retailers to launch its Christmas campaign almost immediately after Halloween, with an action-packed clip called Bring Christmas Home.

This was the luxury department store’s first-ever Christmas TV advert, and capitalises on the global popularity of its food hampers.

Lego also launched its first ever global Christmas campaign, as it continued to push forward its TV marketing presence after a four-year hiatus.

The toy brand and retailer’s advert is based around the tagline “this is not a brick, it’s their wildest wishes”.

It depicts children in various action movie-esque scenarios based on their own individual Lego sets.

Babyboo has advert banned for “implying women should aspire to being...