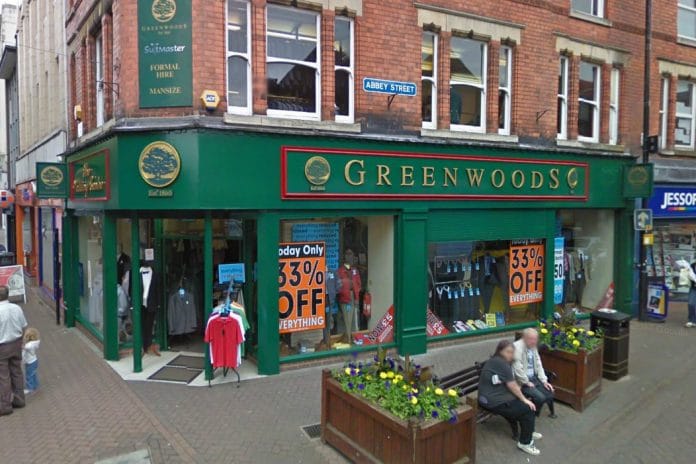 Greenwoods has collapsed less than 18 months after it was first rescued from administration.

The Yorkshire-based menswear retailer, which was founded 158 years ago, is the latest victim on the struggling high street after it ceased trading and closed its stores.

It is not yet known if a new owner will be found and exactly how many jobs could be affected.

The retailer had previously fallen into administration in September 2017 but was acquired by Versatile International Trading a month later, which saw 40 of its 63 stores saved.

This is a stark contrast to its heydays of the 1990s, when Greenwoods’ store estate numbered around 200.

Greenwoods’ collapse comes after the appointment of administrators to HMV at the end of 2018 and the high-profile collapses of Poundworld, Maplin and Toys R Us earlier in the year.