// Tesco has been shoring up support for an online sales tax, according to PA

// Tesco has written to at least 3 retailers, with the Co-op so far being the only one to go on record to support it

The UK’s biggest retailer has reportedly been in contact with rival retailers in a bid to shore up support for an online sales tax to help overhaul the current business rates regime.

Tesco chief executive Dave Lewis wants the government to cut business rates by 20 per cent and make up the shortfall with a two per cent levy on all online retail sales.

In a letter seen by PA, Tesco finance chief Alan Stewart has written to rivals asking them to support the plans publicly.

The PA said at least three of the UK’s biggest supermarkets have been sent a letter, although other non-food retail chiefs have also received the note.

Lewis has also reportedly been speaking to key figures at industry events in an attempt to gain their support.

Business rates is a tax system that charges rates on every commercial property in the UK.

The rates are calculated based on the rental value of the property.

Tesco’s behind-the-scenes campaign emerges soon after it announced a huge 4500 round of redundancies.

Those job cuts followed the review of a further 9000 jobs in January.

In both cases, business rates was cited as one of the reasons behind the need to cut costs through job cuts.

Traditional retailers have complained that online rivals, including Amazon, Asos and Boohoo, are able to undercut the high street because the rates on rural warehouses are far lower than in town centres.

The Co-op is one of the supermarkets supportive of Tesco’s plans.

“There’s not a week goes by when another household name either announces it’s closing or markedly reducing its presence on the high street,” chief executive Steve Murrells told PA.

“There is clearly a reset occurring on the high street and as has always been the case, businesses need to evolve in line with their customers and their customers’ needs.

“But there is a bigger picture here. Derelict and abandoned high streets doesn’t only tell a tale of lost jobs and reduced economic activity in our town and city centres.

“It tells a tale of spaces that were once positively used to connect people physically with their town and each other.”

The news comes the same week Revo – the representative body for the UK retail property sector – published an open letter to new Chancellor Sajid Javid calling for an urgent review of business rates.

Revo said the government needed to make the UK attractive to international business, but rates were undermining it.

It added that the business rates regime is “damaging to business and out of place in 2019”.

The BRC has also been vocal in urging the government to reform the business rates for quite some time.

While the government has tinkered with the rates system, MPs have been stopped short of reforming it all together as it is an easy tax to collect.

In addition, an online sales tax would be illegal under EU rules.

In February, a parliamentary inquiry issued a proposal for an online sales tax to help “level the playing field” and provide “meaningful relief” for bricks-and-mortar retailers that have been slugged with higher taxes due to business rates.

The inquiry, led by Labour MP Clive Betts, into high streets and town centres in 2030 found “dated policies and an unfair tax regime” that must be changed to allow high streets to survive.

The inquiry also found that Amazon’s business rates bill amounted to around 0.7 per cent of its UK turnover, while bricks-and-mortar stores were paying between 1.5 per cent and 6.5 per cent.

Meanwhile in March, high streets minister Jake Berry pledged to extend the digital services tax to online retailers via a two per cent tax if the government is unable to secure an international agreement after Brexit. 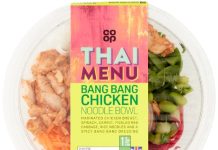