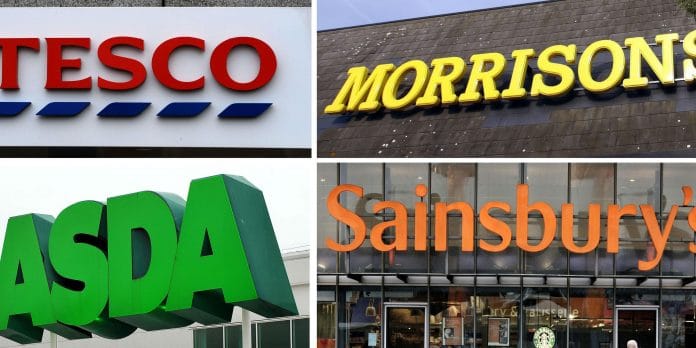 // These farms and plantations provide own-brand tea and fruit to the likes of Aldi, Lidl, Sainsbury’s, Morrison’s and Tesco

// Despite this, Oxfam found the grocers’ sourcing policies have all improved

Oxfam has accused British supermarkets of poor working conditions for staff on the tea and fruit plantations that supply their stores.

A report from the charity said a “relentless” drive to cut prices and maximise earnings is fuelling poor pay, abuse, gender discrimination and harsh working circumstances on overseas farms and plantations that offer tea or fruit to the UK’s biggest grocery chains.

Oxfam said it interviewed staff on plantations in India and Brazil, and workers on 50 tea plantations in Assam, India alleged that cholera and typhoid had been prevalent as “workers lack access to toilets and safe drinking water”.

The charity added that half the employees it questioned received ration cards from the government due to low wages, while female employees often worked for up to 13 “back-breaking” hours a day.

In addition, Oxfam found that of the 79p paid by shoppers for a 100g pack of black Assam tea, supermarkets and tea brands receive 49p while workers collectively received a meagre 3p.

Meanwhile on fruit farms in north-east Brazil, ladies with youngsters reported having to depend on kin or authorities help to feed their households and some workers alleged they developed skin conditions from using pesticides without adequate protection.

Oxfam stated Aldi, Morrisons, Tesco, Sainsbury’s and Lidl had confirmed that they sourced their fruit or own-brand tea from corporations whose suppliers included the estates visited by the charity.

Asda’s parent company Walmart would neither confirm nor deny whether it did, the charity said.

“Supermarkets must do more to end exploitation, pay all their workers a living wage, ensure women get a fair deal, and be more transparent about where they source their products.”

She added: “Supermarkets are snapping up the lion’s share of the price we pay at the till but the workers who toil for hours to harvest tea and fruit face inhumane working conditions and are paid so little they can’t even feed their families.”

“Supermarkets within the UK are spearheading actions aimed toward enhancing the lives of the tens of millions of individuals throughout the globe who contribute to the retail provide chain,” BRC head of sustainability Peter Andrews said.

“Our members are working hard to address existing injustices and continue to collaborate internationally with charities and business groups on this vital issue.”

Despite the disturbing allegations, Oxfam said all supermarkets showed an improvement compared with last year when it comes to their rankings based on their sourcing policies.

Tesco was at the top of the rankings with a score of 38 per cent.

A spokesperson for Big 4 giant said: “That is the second 12 months in a row that Tesco has been assessed by Oxfam as doing most, of all main supermarkets globally, to make sure human rights are revered in meals provide chains.

“All our tea is 100 per cent Rainforest Alliance licensed and we’re a member of the Moral Tea Partnership, dedicated to enhancing the lives of tea staff and making certain minimal working circumstances.

“But we know there is always more to do and we are working collaboratively with NGOs, trade unions and others to improve wages in the key produce, tea and clothing sectors and ensure working conditions are fair.”