// He will depart at the end of the year

// Price is resigning to relocate back to the US

Paul Price has resigned from his post as chief executive of Topshop and Topman, the Retail Gazette can reveal.

A spokesman from Arcadia, the parent company of Topshop, has confirmed Price’s resignation and said that he was due to leave the business at the end of this year.

The spokesman also told Retail Gazette that Price’s reason for resigning was because he wanted to relocate back to the US.

It is not clear if Arcadia will search for or announce a replacement as yet.

However, the Retail Gazette understands that Arcadia chief executive Ian Grabiner will, for the time being, assume Price’s responsibilities and work with the senior management team across Topshop and Topman.

Price joined Topshop in September 2017, after former managing director Mary Homer stepped down in March that year – a role that she held for 11 years during which the fast fashion chain expanded rapidly.

Prior to Topshop, Price was with Burberry for a decade, latterly as chief merchandising officer.

Price’s resignation as chief executive of Topshop and Topman comes as Arcadia undergoes a period of change with several new senior appointments and a major restructuring scheme in order to bring it back to profitability.

Earlier this year, Arcadia – which also owns Burton, Dorothy Perkins, Miss Selfridge, Wallis and Evans – revealed plans to take out not just one, but seven CVAs.

These were eventually approved by 75 per cent of creditors in June.

Meanwhile in accounts for the financial year ending September 1, 2018 – filed at Companies House in September this year – the Topshop and Topman fashion chains on their own saw pre-tax losses deepen significantly to £505.1 million.

This came against losses of £3.9 million the previous year and followed a nine per cent drop in sales to £847 million.

Topshop and Topman’s results were hit by £488.8 million in charges, including for onerous shop leases on loss-making stores and write downs on the value of assets.

For Arcadia as a while, the Sir Philip Green-owned retail empire swung to an operating loss of £137.5 million for the period – a stark contrast to the £119.3 million operating profit recorded in 2017.

It also booked a full-year pre-tax loss of £93.4 million, compared to a pre-tax profit of £164.5 million the year prior.

Meanwhile, EBITDA plunged 40 per cent year-on-year, dropping from £137 million in 2017 to £76 million in the latest full-year results.

The retail giant also saw turnover drop by 4.5 per cent year-on-year to £1.8 billion, which it attributed to “the ongoing challenge global market conditions for retailers”.

Arcadia said it had been impacted by reduced profitability from its bricks-and-mortar stores, and that it was not possible to reduce store costs when in-store sales were declining simultaneously. 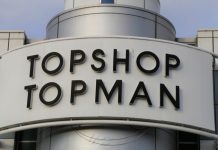 Next in takeover talks with Arcadia Group