Squire’s Garden Centres know that January and February can be lonely months following the festive season, so to combat this the garden centre has introduced the Chatty Cafe scheme.

All of the horticulture retailer’s locations’ now have “Chatter & Natter” tables within the on-site cafes which are available to everyone – if you’re on your own, a couple, with a friend, young, old and anyone in between.

The main idea is for shoppers to engage in old-fashioned human interaction as a way to combat loneliness.

The Chatter & Natter tables will be out every Tuesday morning at all 16 of Squire’s Café Bars as well as other days during the week.

“In this age of social media it’s so important to make an effort to talk to others face to face,” Squire’s Garden Centres chairman Sarah Squire said.

“So for those who would like a bit of real social interaction simply sit at a ‘Chatter & Natter’ table at Squire’s and you can talk to other customers.

“I believe a short conversation with another human can really brighten your day. Everyone’s welcome, and it’s a great way to meet people in your local community.” 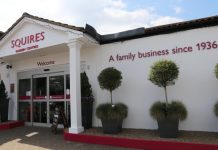 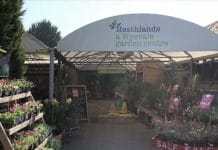