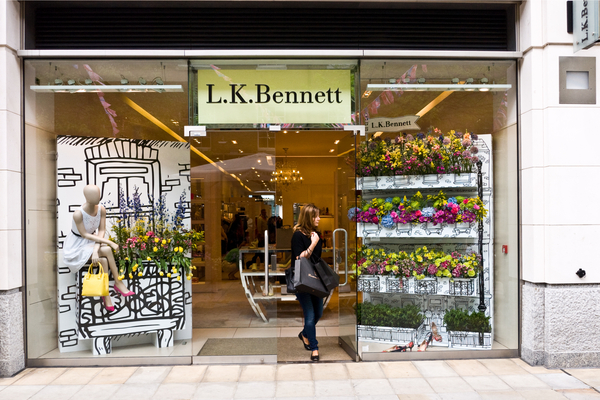 LK Bennett’s administration process has been extended for another year as joint administrators seek to complete remaining work and address “property matters”.

According to the fashion retailer’s latest administration report, the joint administrators from accountancy firm EY sought the consent of LK Bennett’s creditors for a 12 month extension of its administration, ending on March 7 next year.

The report said the request was due to “ongoing property matters (relating to the the license to occupy granted to the purchaser of certain business and assets of the company), finalising trading liabilities and to make further distributions to the company’s creditors”.

LK Bennett’s secured creditors had approved the extension request on January 24, while preferential creditors approved it on February 12.

On the other hand, non-preferential claims could total around £29.34 million.

An estimated £600,000 will be available to be distributed among all the unsecured creditors under insolvency legislation.

The following month Rebecca Feng, the UK boss of LK Bennett’s Chinese franchise partner, agreed to buy the UK arm of the womenwear retailer out of administration for £9.8 million.

The deal saw LK Bennett being sold Byland UK Ltd, a newly-formed UK entity set up by Feng and Ying Ling Kam, and the appointment of chief executive Darren Topp – who assisted Feng in her bid.

While the Byland takeover saved hundreds of jobs, it still resulted in the closure of at least 20 under-performing LK Bennett stores.

Meanwhile, LK Bennett Ireland entered a company voluntary liquidation process – meaning there will be no dividend for impacted creditors.

The administration did not affect LK Bennett’s international stores.