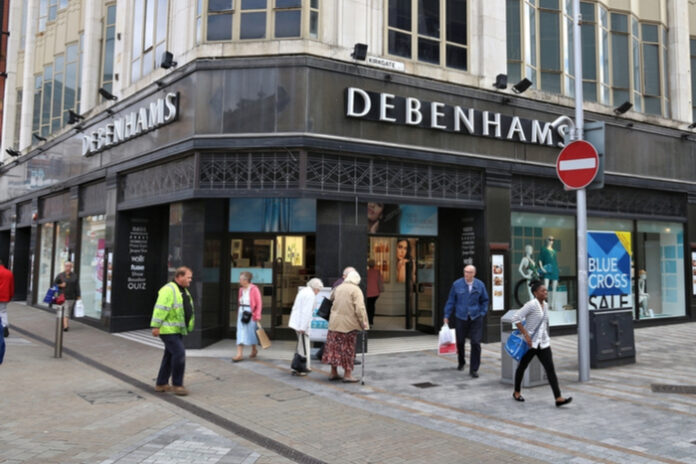 // Debenhams liquidated its Bangladeshi operations as part of its administration

Staff who have been affected by the liquidation of Debenhams’ sourcing office in Bangladesh have posted a video demanding they be paid properly.

The video, posted on YouTube on behalf of the 69 staff of Debenhams’ former Bangladesh Liaison Office, urges the retailer to pay their “rightful outstandings, for the sake of humanity” and to consider them as responsibilities rather than liabilities.

The Bangladesh Liaison Office was involved with sourcing as part of Debenhams’ Hong Kong-based operations, and both offices were put into liquidation shortly after the department store filed for administration last month.

However, the affected Bangladeshi staff in the video say their roles were terminated “illegally” and that they are entitled to compensation – including April pay and four months’ salary – as per their country’s laws.

A Debenhams spokesman said: “We are very sorry we have had to make this very tough decision. Our aim throughout has been to minimise job losses as far as possible.

“This is not a decision that has been taken lightly, and we recognise how difficult this is for our colleagues in Bangladesh, but it is unavoidable and reflects the exceptional circumstances we and all other businesses are now in.”

On April 9, Debenhams appointed FRP Advisory as administrators for the second time within a year in order to protect its UK business from liquidation as the coronavirus pandemic exacerbated its financial troubles.

A few days later, retailer announced that its stores in Ireland, and its sourcing offices in Hong Kong and Bangladesh were to be liquidated as part of the administration process.

Bangladesh is home to one of the world’s main textiles and garment supplier industries.

The coronavirus pandemic prompted retailers to cancel, defer or seek discounts on orders, which meant Bangladesh was hard-hit as trade with the country suddenly disappeared.