// Frédéric Arnault has been working with Tag Heuer since 2017

LVMH has promoted the chief strategy and digital officer of luxury watch retailer Tag Heuer, Frédéric Arnault, to the position of chief executive.

Arnault has been working with Tag Heuer since 2017. In his new position, he will be responsible for supporting innovation and accelerating the watch retailer’s development.

He will succeed Stephane Bianchi who is being promoted to the position of chief executive of LVMH’s watches and jewellery division on July 1.

“It fills me with pride to see Frédéric succeed me at the helm of TAG Heuer after the key role he has played in its strategic repositioning,” Bianchi said.

“Frédéric’s passionate about watchmaking, and I am convinced that he and his management team are best placed to lead this wonderful Maison to the heights of achievement it deserves.”

Separately, LVMH recently took a u-turn on its proposed €14.7 billion (£13 billion) takeover of Tiffany & Co, confirming it would no longer purchase its shares on the open market. 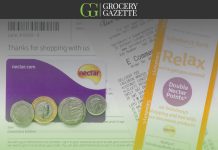