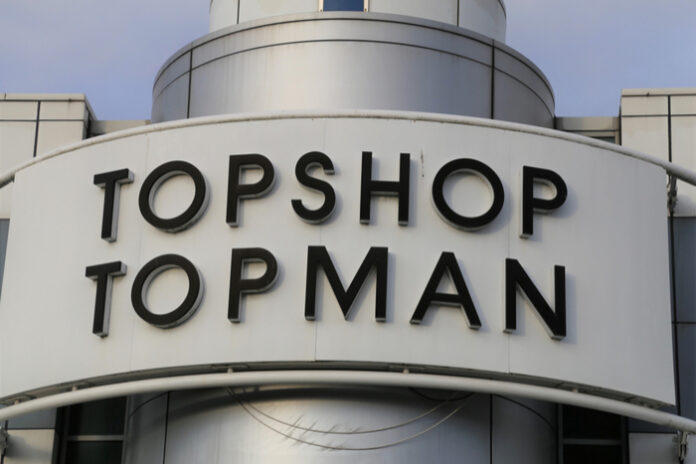 According to The Guardian, the parent company of Topshop, Evans, Wallis, Burton and Dorothy Perkins is potentially breaching employment law after reportedly basing some workers’ redundancy pay outs on their furlough earnings instead of their full salary.

Arcadia Group is in the midst of making up to 500 head office staff redundant after the Covid-19 pandemic and subsequent lockdown had a dramatic impact on sales.

According to The Guardian, while some of those leaving Arcadia Group will receive full notice pay, furloughed staff who are contractually owed more than the statutory minimum have been informed that their payments will be calculated based upon the 80 per cent pay they earned while on the government’s coronavirus job retention scheme.

In addition, some employees contractually owed more than 12 weeks’ notice pay have reportedly been told they will receive furlough rates until the end of October, but then they have to work the final weeks of their notice in Arcadia Group’s offices.

The government has already introduced legislation that aims to prevent businesses using the furlough scheme to calculate redundancy payouts.

Arcadia Group informed staff that while there were “differing views in the circumstances” about the notice pay, it was still following guidance and legal advice and felt confident it was acting legally and fairly.

“The restructuring of our head office is essential to ensure we can operate as efficiently as possible during these very challenging times,” an Arcadia spokesman said.

“We remain in a consultation process with our head office staff and no decisions will be made until this process has concluded.

“Throughout this process we will be following all of the government guidelines and legislation.

“We are listening closely to all of their concerns throughout this process in what we know is a very difficult time.”

In addition to the head office job cuts, Arcadia Group is also reportedly on the verge of launching another restructure for the second time in just over a year, and put forward a cost-cutting plan to the Pensions Regulator.

The exact details of the cost-cutting plans are not yet known, but Arcadia Group reportedly has a deficit of £727 million in its pension funds.

While Arcadia’s digital platforms provided much-needed sales revenue during the lockdown period, it was not enough to offset the loss of sales from its stores and franchise partners.

Arcadia has been reducing its vast store estate over the last few years but chief executive Ian Grabiner said it needed to generate further cost savings and restructuring its head office was one of those initiatives.

While stores have now reopened since the easing of non-essential retail lockdown restrictions in mid-June, as with most other retailers Arcadia has continued to be affected by the lack of demand and footfall.

Just over a year ago, Arcadia launched CVAs to seek rent cuts with landlords and shut scores of shops in the UK and the US, a move that affected hundreds of jobs.