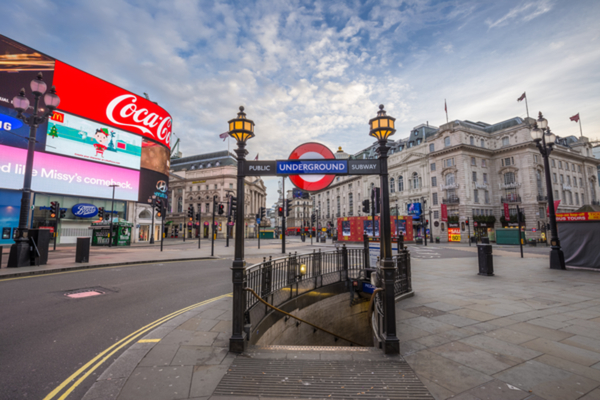 // Less than half consumers feel comfortable shopping in the area, and less than a quarter feel ready to use public transport

London Mayor Sadiq Khan is urging shoppers to help give the West End’s retail precincts a much-needed footfall and sales boost by taking a trip into town.

It comes shortly after new figures from the New West End Company showed that footfall in West End was still 63 per cent down on the same time last year despite retail lockdown restrictions easing eight weeks ago.

The data shows that footfall has been rising slowly in the district since non-essential stores reopened on June 15 but with the lack of tourists and with most people still working from home, the figures have now plateaued at less than half of the usual levels.

The research also reveals that customers still lacked the confidence in visiting central London – while 43 per cent of consumers said they were confident in visiting West End retail stores, only 23 per cent felt comfortable about using public transport.

In addition, 74 per cent – almost three quarters – of UK consumers surveyed said they would be unlikely to visit Central London in the next month.

In response, Khan said: “For decades central London has been the economic engine of the UK, a cultural powerhouse, and a gateway for global tourism to the UK. But it now faces a real existential threat from the Covid-19 pandemic.

“Until we have an operational vaccine in place social distancing will have to continue to protect people’s health, and with employers planning to continue home-working well into next year, the numbers of people visiting the West End will be reduced for many months ahead.

“As Mayor I’m doing all within my powers to help. This includes providing loans and funding directly to small businesses and ensuring TfL’s unprecedented range of safety and hygiene measures mean more passengers are now able to travel on London public’s transport network.”

New West End Company also said the district could face job losses of 50,000 and a loss of over £5 billion in annual sales if there is no boost to consumer confidence and an increase in the use in public transport.

“While we have seen a slow increase in footfall, our retail and hospitality businesses require further support in light of shoppers’ concerns,” New West Company chief executive Jace Tyrrell said.

“With few international visitors, the next couple of months will be a defining moment for hundreds of West End businesses and protection of jobs is our top priority.

“Instilling confidence in our valued local and domestic customers to come to central London will make a huge change to the hard-hit businesses across our district.

“We would call on the government to keep retail and hospitality front of mind and not forget the beating heart of the British economy as lockdown is eased.”