// Toys R Us and Woolworths store still vacant across UK

// 1.5% of former Woolworths stores are undergoing structural change or being demolished, compared to 16.3% of Toys R Us stores

New research has found that vast amounts of retail space remains vacant across the UK following the collapse of Toys R Us and Woolworths.

According to Local Data Company (LDC), 37.7 per cent of Toys R Us stores and 10.1 per cent of Woolworths stores are still vacant across the UK.

The data shows that around 1.5 per cent of former Woolworths stores are undergoing structural change or being demolished, compared to 16.3 per cent of Toys R Us stores.

Last week, the LDC revealed that the number of retail chain stores fell 4.5 per cent, or almost 10,000 units, last year.

“It is 12 years since the collapse of Woolworths and only three of its former stores have remained vacant throughout, even though just over 10 per cent are currently vacant,” LDC insight and analytics senior manager, Ronald Nyakairu said.

“This reflects a decade in which demand for physical space was strong, with brands expanding across the country in a ‘race for space’, as well as the arrival of international brands.

“This is in stark contrast to the Toys R Us estate, which was one of the many retail casualties of 2018.

“The data tells the story of how rapid expansion of chains has led to an oversupply of retail units that are not fit for purpose in today’s retail climate.

“This shows landlords are being more proactive in redeveloping space to fit the needs of their local catchments.” 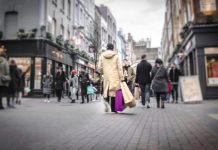 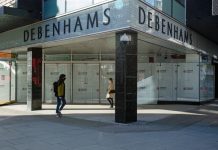