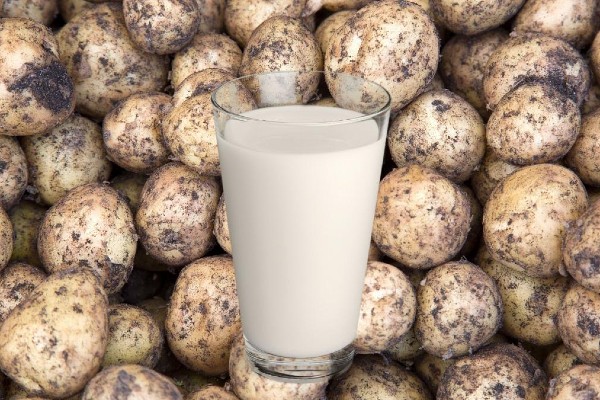 // In February, Waitrose will start stocking the Swedish potato milk brand Dug, which claims to be the most sustainable alt-milk on the market

Brits already eat potatoes boiled, baked, roasted and mashed but now potato milk set to be the next big thing.

Waitrose is prediciting that customers will soon be adding it to their shopping trolley or ordering potato milk lattes in coffee shops, just as they do with milk alternatives made from soy, oats and almonds.

Sales of plant milk are booming in the UK with the market now worth approximately £400 million a year as Britons reduce their consumption of animal products.

In recent years the buzz has been around oat milk, but in its annual food and drink report Waitrose predicts that “now it is the turn of the potato”.

Alice Shrubsall, the supermarket’s alternative milk buyer, said more people were incorporating plant-based milks in their diet, whether that involved a “splash of oat milk in their morning coffee or a coconut milk hot chocolate in the afternoon”.

In response to the growing interest being shown by consumers, she said the retailer was planning to expand its alt-milk range to include potato milk.

In February, Waitrose will start stocking the Swedish potato milk brand Dug which is owned by the startup Veg of Lund.

Dug claims to be the most sustainable alt-milk on the market with its formula based on research by Prof Eva Tornberg at Lund University. It says the potato milk tastes delicious and creamy, and it has also created a foaming barista version that “won’t ever separate in your coffee or tea”.

The Waitrose report, which is based on analysis of its sales data for the past 12 months as well as a poll of 2,000 consumers, also points to the rise of a new diet regime it calls “climatarianism”.

Almost 70 per cent of those surveyed said the carbon footprint of their food was either “very” or “somewhat” important to them.