// The sportswear giant has been in a long-running battle with the CMA, which ordered it to sell Footasylum last year. At the time JD said the order “defied logic”

JD Sports Fashion is in talks to sell Footasylum, after a lengthy battle with the CMA over its takeover of the footwear retailer.

The sportswear giant is in exclusive talks with private equity firm Aurelius Group to offload Footasylum.

JD Sports had a £90 million offer accepted to buy Footasylum in 2019, however, the takeover was investigated by the CMA, which ordered JD to sell the footwear firm late last year.

At the time, the retailer said the ruling “defied logic” and it was considering its options.

JD Sports effectively being a “forced seller” would reduce the price of Footasylum, one party that was in the running to buy the footwear specialist told Sky News.

JD Sports and Footasylum were jointly fined nearly £5m by the CMA for sharing commercially sensitive information despite an order not to do so.

Former JD Sports boss Peter Cowgill, who dramatically departed the retailer in May, was caught having a clandestine meeting in a car park with Footasylum CEO, and former JD chief executive, Barry Bown.

JD Sports has found itself in further hot water with the CMA after it provisionally found that it had engaged in “cartel activity” by fixing the retail price of football shirts.

The sportswear firm is facing a hefty fine after it emerged last month that the CMA has provisionally found evidence of illegal price fixing of Rangers Football Club merchandise that lasted between September 2018 and July 2019. 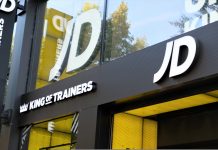