British fashion brand Paul Smith has reported a rise in pre-tax profit of 36 per cent in the year to June 30th 2011, it was announced late yesterday.

The designer brand has seen pre-tax profits increase to £34 million as it maintains its strength both in the UK and internationally.

While the retailer has a strong presence around the world including in the US, thanks to its concessions at upmarket department stores Barneys and Bergdorf Goodman, it has also maintained its position in Japan, where it has 200 outlets, despite the turmoil that hit the country following the tsunami earlier this year.

In 2006, Smith, who was knighted in 2000, sold a 40 per cent stake in the business to Japanese firm Itochu and earlier this year launched a show entitled ‘I Love Japan‘ as the company continued to shift its gaze to the nation.

In November, Smith spoke to The Daily Telegraph about this focus, and is quoted as saying: “My business comes from the heart and it‘s very much about enjoying the people and enjoying the culture rather than just for financial reasons.”

From a UK viewpoint, while many high street retailers have struggled financially as a result of the current economic climate and reduced disposable income, surprisingly luxury fashion brands have seen an increase in profit in recent times.

Earlier this month, British designer label Mulberry reported that profits before tax increased by 231 per cent to £15.6 million, with strong growth reported in both the UK and internationally and has today announced the appointment of a new CEO as it maintains its focus on further expansion. 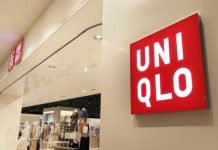