Starting up your own beauty retail business in any climate would be difficult with the economy in such a poor state, but a company wanting to create an ethical brand comes up against even more barriers and not just in terms of affordability.

The emerging market of China is a desirable place in terms of extending the reach of your business, though is not a landscape for ethical trading. There are currently no restrictions there on the use of animal testing in cosmetics, as a ban has still not been agreed to discontinue this practice worldwide. Also, despite the fact that the actual practice of animal testing is banned in EU countries, the schedule to follow through with a complete ban on the sale and marketing of products that have been trialled in this way is yet to be finalised.

Another problem facing beauty retailers is whether the modern consumer‘s ethics suddenly go out the window when faced with cheaper products missing a BUAV (British Union for the Abolishment of Vivisection) logo. Can an animal testing free retailer be competitive enough in the current market?

Lush is a successful beauty company which has fought long and hard to get a worldwide ban on the use of animals in cosmetics testing, leading the way in this issue as it is inherent in its philosophy. In order to promote public awareness, the Lush Prize 2012 is set to launch in the autumn.

Prize money of £250,000 is available to the winner of the accolade and the retailer believes this is a strong incentive to help the industry fight against unethical practices. Hilary Jones, Ethics Director of Lush Cosmetics, explained to Retail Gazette that the company felt that this was an interactive and necessary step to take, as animals always bear the brunt of new scientific testing.

“The reason we decided to launch the prize was that it is a positive way of creating change,” Jones said.

“It was definitely because of frustration that there was not enough movement in replacing animals in testing. New legislation, like the beach chemical legislation, comes along and creates a whole new set of safety requirements and a whole new set of safety data. And again, it is animals that are looked to in order to create that data. We had to consider how to focus people on this. Maybe a pot of money rewarding people instead of complaining to governments will work.”

In this way, Lush has used its status as a stalwart within the beauty industry and has managed to remain strong in the market due to the support of customer loyalty. It is seen as a trusted brand by consumers who share the same values.

Jones added: “Customers often tell us that our skincare is their beauty secret and that they know they are getting a lot of ingredients for their money.They love the fact that they are in the know about good ingredients and they have found someone selling them relatively cheaply.”

On the other side of the market, natural grooming company Bulldog is making strides in the male grooming area of the industry and still maintains an ethical stance despite a possible temptation that other retailers have fallen prey to in terms of disassociating themselves with high standards in tough financial times.

Simon Duffy, Co-Founder of Bulldog Natural Grooming, believes the customer needs to become more educated on the brands that carry the BUAV logo of approval. He told Retail Gazette: “Many people think that animal testing does not go on anymore, that products are free from it and actually that is not the case.

“Most people would be shocked to find out the huge amount of animal testing that still goes on. We are happy to be certified as cruelty free by the BUAV. We are still unique by having that cruelty free certification. “

He went on to say that it is not the attitude of the consumer that is to blame for this shift as they still want to purchase ethical products; they just 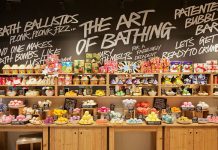 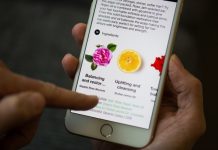 Is Crocs preparing for the chop?