The new advert was shot in October last year by film director Guy Ritchie and shows the footballer running through the streets of LA in his boxers and slippers.

Set up like a film short, the ad was made available via the retailer‘s website this morning and Beckham‘s Spring collection will also be available online and in store from today.

Speaking of his debut as an action hero, Beckham, who last week joined French side Paris Saint-Germain on a six-month contract, said: “Working with Guy has been a fantastic experience.

“I hope everyone has as much fun watching the film as I had making it.”

“For me this felt more than a campaign – it was like directing a short film.”

Last year, H&M‘s debut ad for Beckham‘s range escaped a ban from watchdog the Advertising Standards Authority, which deemed photos of Beckham in his underwear inoffensive after complaints from the public. 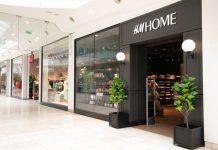 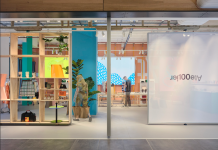