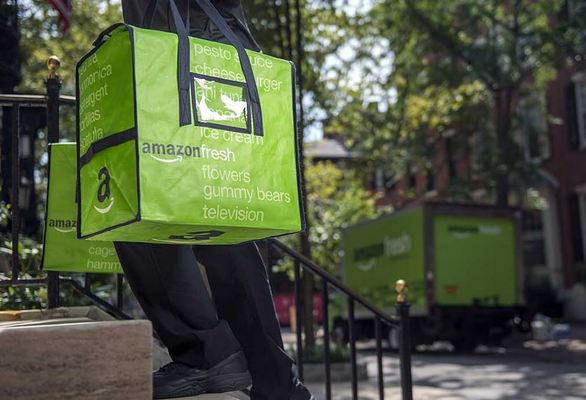 What was once a 300,000 sq ft Tesco distribution centre in Weybridge, Surrey, has been acquired by Amazon on a 10 year lease, in a move thought to signal the arrival of Amazon Fresh in the UK. The warehouse is located just inside the M25, making it easy to deliver fresh food to shoppers in the capital.

Amazon‘s grocery service, Amazon Fresh, is currently available in some states in the US and London is seemingly next. The e-commerce giant has already presented its grocery plans to major food manufacturers in Britain and could launch the service as early as next month.

The American online grocery market isn‘t as mature as the one in Britain, where consumers already shop with Ocado, so it makes sense for Amazon Fresh to come to the UK. It will however, service to intensify a pricing war between Britain‘s largest supermarkets and the German discounters Aldi and Lidl.

Currently, the e-tailer sells household essentials from tea to toothpaste but, as its name suggests, Amazon Fresh will deliver fresh produce including fruit and veg.

It is understood that Clegg Food Projects is overhauling the Weybridge site, which will be Amazon‘s 15th delivery station in the UK.