Australian homewares retailer House has confirmed it would launch in the UK in mid-April with the opening of four stores.

The news follows an initial announcement last August and House said it was targeting six stores in the UK by the end of its financial year in June.

The brand also has ambitious plans to open 75 stores across the country within three years and employ 1000 people.

The retailer said the first store will be located in Westgate shopping centre in Oxford, followed by Meadowhall in Sheffield.

Part of the Global Retail Brands empire run by Steven Lew, House will also begin to trade directly to consumers via its own dedicated UK website from April.

It has also won exclusive rights to launch a number of international homeware and kitchenware brands in the UK that are not yet available here.

“We are thrilled to confirm our first four House stores will be opening in the UK in April,” Lew said.

House prides itself on employing “foodies and individuals with the passion to cook and entertain”, and trains up staff so they products “inside and out”.

Along with sister retail chain Robins Quality Kitchenware, House currently trades from 170 stores in Australia and markets itself as a kitchen, cooking, dining and entertaining specialist.

Other Australian retailers which have recently launched in the UK include gardening and DIY retailer Bunnings, lingerie retailer Honey Birdette, and stationery and gifts retailer Typo.

Meanwhile, another Australian stationery and gifts retailer, Smiggle, which has been in the UK since 2014, last month announced plans to open a massive new flagship on London’s Oxford Street.

Steven Lew’s father, Solomon Lew, is the chairman of Premier Investments, which is the parent company of Smiggle. 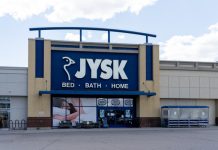 JYSK is permanently exiting Russia: “We see no other possibility” 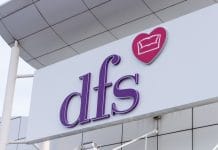