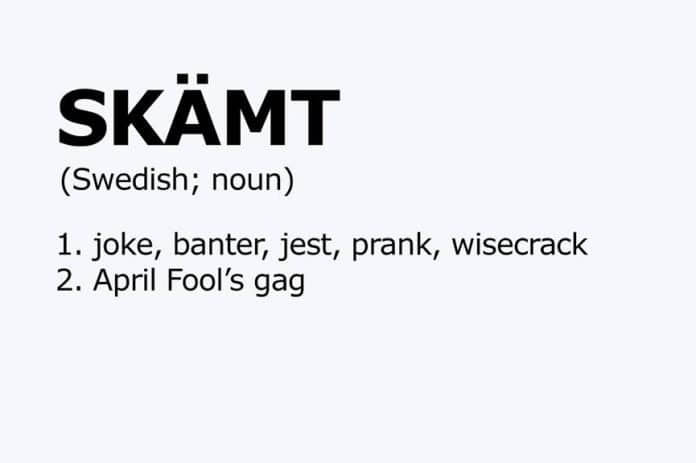 April Fools’ Day can be a dangerous time for anyone with young children or particularly cruel housemates.

In the “fake news” climate though, it also represents a great opportunity for big brands and retailers to sneak in nearly believable stories and fool their customers.

Laughter can often be the best medicine, and during the hardest of times in the industry, many retailers took to the internet to launch their fake campaigns and show the world they do in fact have a sense of humour.

The Retail Gazette took a look at the best on offer this year.

The world’s largest toy retailer revealed the VacuSort during the weekend, a tool that promised to rid the world of the most painful of carpet obstacles.

Not only would this device clean up spilt Lego, but it would sort the items by order of colour.

This is once April Fools’ Day joke we wish was real.

Amazon changed the way the world bought books and is slowly changing the way we buy everything else.

The online retail giant announced over the weekend that customers will now be able to request a special appearance from the author of the book you purchase at your house.

The Swedish furniture retailer can never be accused of lacking creativity in its products, so it wasn’t all that unbelievable when it announced a range of products that fused technology with everyday items.

Its new Skamt (Swedish for Joke) range featured seven items including laptop rear view mirrors, a toilet tablet reader, a foodie stand to hold your tablet while you eat, a pillow with a phone holder, and a dog collar with a selfie stick attached.

Although beer is supposedly good for your hair, few people would want to bath in it. That is unless they could also drink it.

Poundland have become known for their left-of-field marketing tactics ever since its naughty elf campaign sparked controversy last Christmas.

For April Fools’ Day, it announced a range fashionable bumbags for pet cats.

Argos is one of the few remaining retailers to still use the catalogue model, and it has become an iconic part of shopping in the UK.

For April Fools’ Day, it wanted to induce the same sense of excitement we get from opening an Argos catalogue with a “Eau de Catalogue” scent diffuser powered by USB.

“It was difficult at first, as unlike lavender or bergamot, the catalogue doesn’t produce an essential oil,” expert Avril Imbecile said.

“To access the essence of the iconic catalogue, I sank deep into the recesses of my childhood: the joy of my mother bringing the catalogue home; the potent magic of its vast pagination; the tears as my siblings snatched it from me to circle their Christmas presents.”