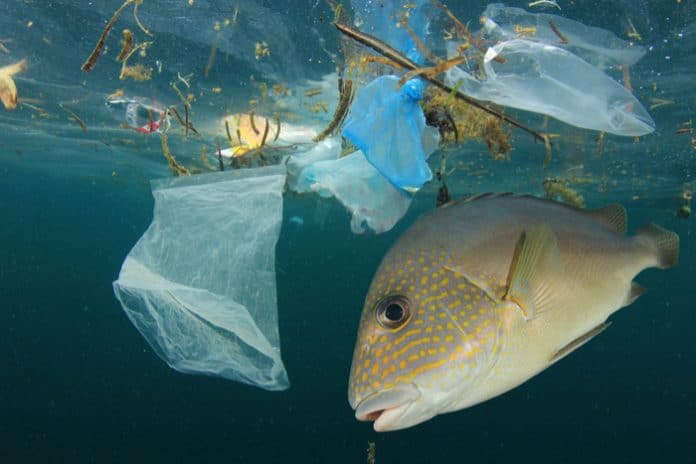 “What is more, the strength of your response has not gone unnoticed in the corridors of power, or business boardrooms.”

In 2017 David Attenborough’s Blue Planet II comfortably became the most watched programme of the year, attracting 14 million viewers – more than three times that of most viewed episode of Love Island this year.

Though viewers tuned in to experience the painstakingly intimate portrayal of the lives of our oceans’ creatures, millions came away with a sense of not only responsibility but urgency to make changes in their own lives.

In the nine months since it first aired, grass roots movements to tackle plastic waste have indeed been matched by “business boardrooms”.

The anti-plastic movement has taken the UK retail industry by storm, with brands from across the sector falling over themselves to announce their latest initiative.

In April, Sainsbury’s, Morrisons, Aldi, Lidl, Waitrose and Tesco all signed up to a new industry-wide initiative that aims to make all plastic packaging recyclable, recycled or biodegradable by 2025.

Iceland and Morrisons reintroduced paper bags over the past month, while the latter has begun to roll out plastic bottle reverse vending machines where shoppers can trade in old plastic bottles for vouchers.

It’s not reserved to the grocery sector either, with Adidas announcing the integration of recycled plastics into their clothing ranges and even Selfridges banning single-use plastic drinks bottles.

However, is it really down to retailers to tackle plastic waste? Or does the real problem lie with a the wider attitude of consumerism in the UK?

Former Asda chief executive Andy Clarke, who has remained a vocal and proactive figure in retail’s move away from its reliance on plastics, told the Retail Gazette that it was really a two-way street.

“There’s a sort of virtuous circle of responsibility,” he said.

“Every time there’s an opportunity to remind retailers and manufacturers about choices, we have to keep challenging them. The best advocates for removing plastic will be the public.

“The consumer has to have a choice, but everything I have read recently suggest that the consumer, given a choice of plastic free of plastic wrapped will go plastic free. I think the challenge that stands today is the cost.”

Recycled and biodegradable plastics are widely available in the supply chain today, but they currently cost significantly more than their traditional counterparts.

The momentum has already seen some significant commitments to change from the biggest players in retail, but simply swapping plastics out for an alternative material may actually have an adverse effect on our environment.

“The issue of plastic waste in the retail industry is one that should absolutely be addressed,” he said.

“However, treating it in isolation and eradicating plastic as a knee-jerk reaction without looking at the bigger picture could in fact lead to negative and unintended consequences across the supply chain.

“For example, moving from lightweight polythene mailing bags to cardboard boxes would significantly increase the number of pallets of stock required for the same number of packages and therefore lead to more vehicles, more road miles and more CO² emissions.”

Ikea to remove single-use plastic straws in war on plastic

“Instead, we need to take a holistic view and find ways to make packaging more sustainable, design it in a way that makes it reusable and improve the infrastructure for it to be easily recycled on a national scale.”

In a recent study published by Which?, nearly a third of packaging used in the UK’s top 10 grocers is likely to go to landfill, despite recycling rates continuing to rise across the UK.

But even when plastics are recycled, the problem is far from over. A report published by the National Audit Office (NAO) this week raised concerns that huge amounts of plastic the UK exports on the basis that it will be recycled into new products are simply being dumped in landfill around the world.

Since 2002 the amount of plastic waste sent overseas to be recycled in other countries has increased 600 per cent, according to the NAO few measures have been put in place to ensure these exports are handled correctly.

Although the motivation and action being taken to tackle this issue is incredibly promising, no group can tackle the problem alone.

Retailers certainly have a responsibility in ensuring single use plastics are reduced in their supply chain, but it will be down to the entire country to ensure the entire problem is tackled effectively.