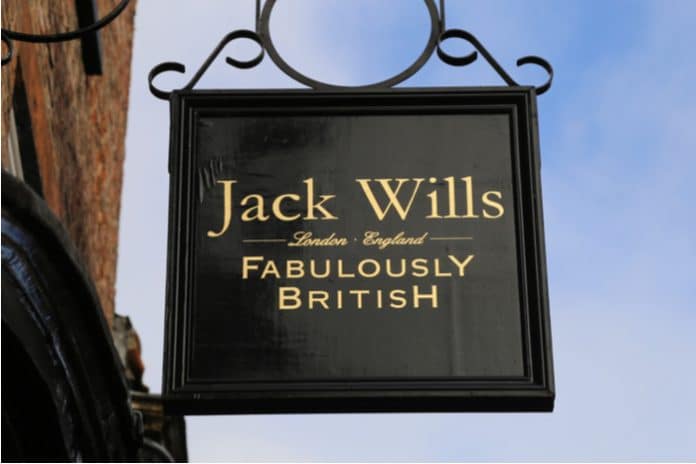 Jack Wills has reportedly received a £10 million cash injection from an Italian investor as it continues to deal with challenges that plague high street fashion retailers across the country.

According to Sky News, a wealthy Italian family office which is an investor in Jack Wills’ majority shareholder, BlueGem Capital Partners, agreed to provide the money several weeks ago in the form of a debt instrument.

The identity of the Italian backer remains unclear, although it is expected to be made public in the coming weeks when details of the recapitalisation are filed at Companies House.

The mysterious investor reportedly stepped in after the withdrawal from talks of Searchlight Capital Partners, the private equity group that owns Hunter.

The news comes after a turbulent few months in Jack Wills’ boardroom, with speculation of a bitter row with BlueGem seeing Peter Williams ousted 20 years after he co-founded the retailer.

Former Debenhams executive Suzanne Harlow is taking over as chief executive, while retail veteran Rob Templeman was hired to advise Jack Wills on a turnaround plan.

Jack Wills has also been hit by the weakness of the pound, although it has formed an alternative sourcing plan that will lead to cheaper production.

Jack Wills continues to trade from more than 90 stores.