A long-running strike by workers at a Matalan warehouse in Merseyside has come to an end after a union members voted in favour of a new pay offer.

About 500 members of the GMB who work at the value retailer’s Northern Distribution Centre in Knowsley have been on strike since August, with some event erecting tents outside the warehouse.

The strikes were suspended on Friday after Matalan made a new pay offer, which has now been accepted by 87 per cent in a ballot.

“This has been an incredibly stressful time for our members. They’ve been on strike for weeks, worrying about how they will feed their families and pay their rent,” GMB senior organiser Neil Holden said.

“They sacrificed their wages – which were only just above the minimum wage – to do what’s right for them and their colleagues.”

A spokesman for Matalan said: “We are delighted that our employees in our Knowsley distribution centre have voted conclusively to accept the largest core pay offer our company has ever offered, and which is amongst the highest in the sector; we are proud to be a major employer in the North West and always look to ensure Matalan is a great place to work.” 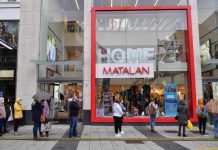