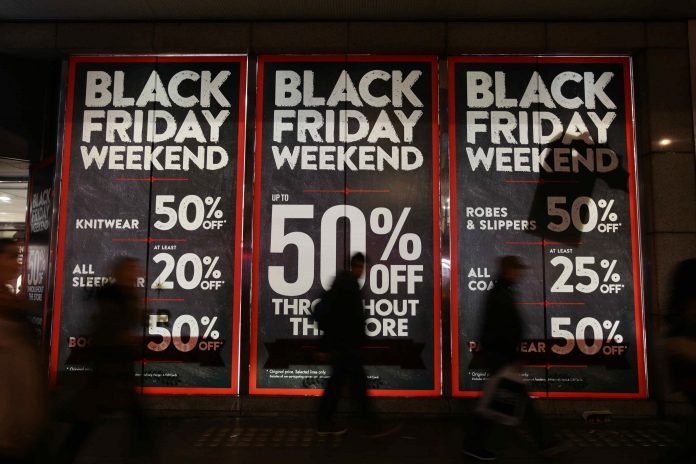 // Pre-Christmas discounting by retailers reach unprecedented levels, according to Deloitte

// Even deeper cuts are expected in the lead-up to Christmas

New research has revealed that discounting by retailers has reached a record level in the lead-up to Christmas.

According to Deloitte, discounting stands at 43.8 per cent across retail – 0.2 per cent more than the same time last year.

Deloitte’s MarkdownEdge analysis also suggests even deeper cuts are expected, with predictions it could go over 50 per cent by Christmas Eve for the first time.

The research found that discounts on the high street ranged from eight per cent to 78 per cent.

The discounts were especially common among mid-market clothing retailers, averaging 30 per cent and expected to reach 55 per cent by Boxing Day.

Deloitte blamed the scenario on a combination of mid and end-of-season autumn sales running into December along with Black Friday promotions which, while it helped move stock, “a pre-existing oversupply could see a tipping point reached imminently, as retailers discount further to shift goods”.

“In addition, the introduction of Black Friday in recent years means consumers have also come to expect an increasing amount of pre-Christmas discounting.

“The result is a blending of promotions, one seeping into the next, and a steady price decline rather than a steep Boxing Day drop, reminiscent of Christmases past.

“With one shopping weekend left before Christmas, this week could see a tipping point in promotions.”