// “British sausages will continue to make their way to Belfast and Ballymena in the new year,” Gove tells House of Commons

Supermarkets in Britain will be given extra time to bring in new checks after the Brexit deadline, in an attempt to avoid disruption to the food supply chain in the new year.

Speaking in the House of Commons on Wednesday, minister Michael Gove said grocers will receive a three-month grace period from January 1 to help ensure food supplies between Britain and Northern Ireland are not disrupted by Brexit.

The extension will be in place regardless of whether the UK and EU agree a trade deal.

Last month supermarkets warned of the havoc that could be caused by restrictions in transporting produce from Britain to Northern Ireland or vice versa.

Sainsbury’s chief executive Simon Roberts said there was “a wide range of restricted products that would be at risk” and Marks & Spencer’s chief executive demanded “urgent clarity over a number of administrative issues”.

Supermarkets had faced extra regulatory checks and certifications on animal products entering the north of Ireland from Britain.

Under the Northern Ireland protocol, the north will remain within the EU single market for goods.

However, in a deal agreed between the UK and European Union on Monday, supermarkets will have three months to prepare for the extra checks and paperwork.

The grace period will be extended to six months for chilled meat products including sausages and mince.

Further questions remained for independent traders and wholesalers, as it was unclear if they were included in the grace period and whether it can be extended further.

Under the agreement, Northern Ireland businesses moving goods to Britain will not have to fill out exit summary declarations for most goods, but the north will still have to enforce the EU’s customs rules.

Prior to this week’s announcements of an extension, the EU had raised concerns that some goods could be sent from Britain to the north and transported on to the Republic in a bid to avoid tariffs.

Gove said the agreement “also prevents any disruption at the end of the transition period on the movements of chilled meats”.

“British sausages will continue to make their way to Belfast and Ballymena in the new year,” he added. 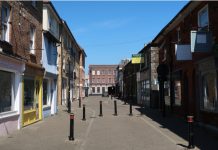 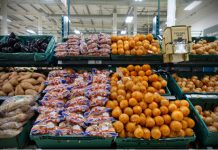