// The new strategy will combat deforestation in the Amazon rainforest

LVMH has teamed up with UNESCO MAB (Man and the Biosphere) programme, which will launch its new biodiversity strategy to combat deforestation in the Amazon rainforest.

The initiative is a part of the French conglomerate’s LIFE 360 programme – LVMH Initiatives For the Environment) – which aims to reduce its impact on ecosystems by rehabilitating five million hectares of natural habitats, while safeguarding animal welfare by 2030.

LVMH has committed to investing €5 billion (£4.3 billion) to help reforestation and rehabilitation of degraded lands while preventing and improving the management of fires and water pollution in biosphere reserves in Bolivia, Ecuador, Brazil, and Peru to help safeguard the ecosystems of the Amazon rainforest.

LVMH said the group currently relies on natural raw materials such as flowers, grapes, cotton, leather, stones, and plants for its products.

“Luxury is at the intersection of nature and creativity: we need nature in order to craft our high-quality products, and nature must be renewed and safeguarded,” LVMH head of image and environment, Antoine Arnault said.

“As the world leader in luxury, LVMH has committed to making the protection of biodiversity an absolute priority, and to being an exemplary actor of change.”

The group stated it is committed to not using raw materials from zones with a high risk of deforestation or desertification, such as the Amazon rainforest.

The new strategy will also include creating sustainable employment and alternative sources of income in local communities throughout the Amazon Basin that do not involve deforestation and projects that focus on the education of agroforestry cropping systems and sustainable harvesting of forest products. 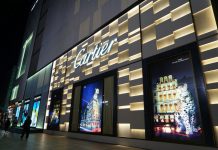 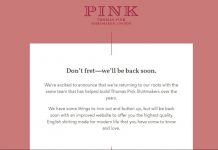