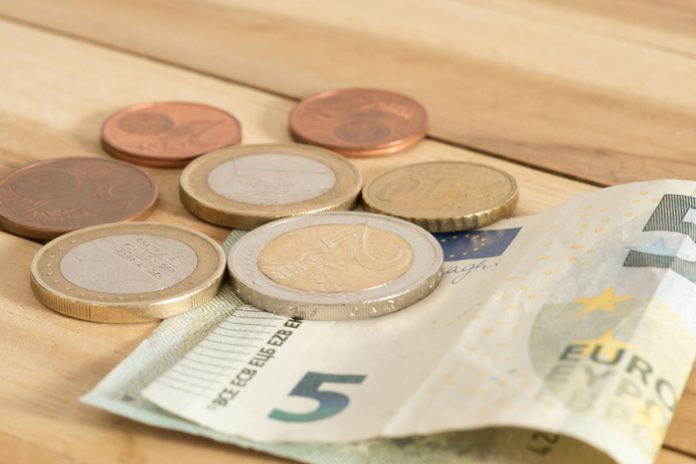 Around two million of the UK’s lowest-paid workers will receive a “well-earned” pay rise from today with increases in statutory minimum wages.

Workers are being urged to check their pay packets as the National Living Wage rises by 2.2 per cent to £8.91, the equivalent of more than £345 a year for a full-time employee, and will be given to 23 and 24-year-olds for the first time.

The so-called Real Living Wage, a rate that is voluntarily paid by employers, is currently £10.85 an hour in London and £9.50 outside the capital.

The Living Wage Foundation said workers who were paid Real Living Wage would receive £1150 more over the coming year, and £3800 in London, compared with those on the statutory rate.

Ministers said the increase means a full-time worker on the National Living Wage would be taking home £5400 more annually than they were in 2010, and it would particularly benefit workers in sectors such as retail, hospitality and cleaning and maintenance.

“The National Minimum and Living Wages have increased every year since they were introduced, supporting the lowest paid, and despite the challenges we’ve faced recently, this year will be no different,” Prime Minister Boris Johnson said.

“That’s why we’re providing a well-earned pay rise to two million people, which will be a welcome boost to families right across the UK.

“To make sure the next generation isn’t left behind, everyone over 23 years old will also now be eligible.”

Business secretary Kwasi Kwarteng said: “In this toughest of years, we’re protecting workers by putting more money in the pockets of the UK’s lowest paid.

“To support our next generation of workers, we’ve also lowered the age threshold for the Living Wage to 23, ensuring even more people have the security of a decent wage.

“This increase will help millions of families in every corner of the country, while supporting businesses as we prepare to safely reopen our economy and build back better from the pandemic.

“I’d urge all workers to check their pay packet to ensure they’re getting what they are entitled to, and remind employers of their duty to pay the correct wage.”

Chancellor Rishi Sunak said: “We know that the past year has been very difficult for businesses and families across the country.

“This pay rise will help support employees as we steadily reopen the economy and get more people back to work.”

The increases in statutory minimum wage are:

Laura Gardiner, director of the Living Wage Foundation, which sets the Real Living Wage, said: “The introduction of the National Living Wage has delivered a solid pay rise to minimum wage workers, and it’s welcome to see the Government continuing to commit to ambitious increases.

“However, there is still a substantial gap between this wage rate and one based on the cost of living, with National Living Wage workers falling billions of pounds short of a real Living Wage over the past five years.

“The number of employers signing up to the Real Living Wage has continued to grow, even during the pandemic, as businesses recognise the benefits of a healthy and motivated workforce.”

Low Pau Commission chairman Bryan Sanderson said: “This week’s increase is our first step towards the Government’s target of two-thirds of median earnings.

“It is a real-terms increase, meaning that an hour’s work can buy more than it could last year at the start of the pandemic. The level of the new rate however also reflects the need to protect workers from job losses.”

The commission said its best estimate for the National Living Wage rate in 2022 is £9.42, but this is subject to more uncertainty than usual and is likely to change.

TUC general secretary Frances O’Grady said: “Those expecting a decent pay increase today have been let down by the Government’s decision to row back on the full rise they were promised.

“TUC analysis shows that one in three key workers earn less than £10 an hour. This can make it tough for them to pay bills and put food on the table.

“Ministers must get the minimum wage up to £10-an-hour to stop millions of working people from living in poverty.”