Tomkinson will replace Sue Shepherd, who leaves the business after eight years.

He is the former chief executive of the Covent Garden Market Authority (CGMA), where he led the strategic direction of the horticultural market, driving through a £300 million redevelopment.

Tomkinson has also had experience at Savills, where he was centre director for the Eden Shopping Centre in High Wycombe and led the 850,000sq shopping flagship to trading success.

Part of specialist outlet operator and London Designer Outlet’s asset manager Realm’s team, Tomkinson will be responsible for the management of LDO and of new retail at Wembley Park.

In the 18 months since the start of the pandemic, 10 brands including Tommy Hilfiger, Calvin Klein, Lyle and Scott, and Adidas signed leases covering some 61,000sq ft in LDO.

“Having looked after one iconic and historic London landmark, New Covent Garden Market, it is hugely exciting to be a part of the journey of another, Wembley Park, as it develops as one of the capital’s shopping, dining and living hotspots,” Tomkinson said.

“Having welcomed a suite of new brands with more on the way and trading at an impressive level, London Designer Outlet is building on its credentials as the capital’s leading fashion and lifestyle outlet centre and one of the most successful in the UK, and I am looking forward to being a part of its next chapter.”

LDO has some 265,000sq ft of retail and leisure space, including 70 outlet stores, restaurants and coffee shops, and a nine-screen Cineworld. 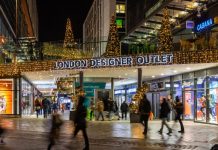 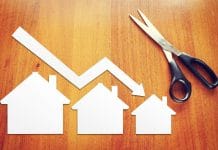