Supermarket giant Tesco has vowed today to source more of its meat from the UK, though CEO Philip Clarke warned this could lead to an increase in food prices.

Clarke is set to attend a meeting with the National Farmer‘s Union (NFU) later today and outline the grocer‘s commitment to a change in its testing processes as it seeks to simplify its supply chain.

Speaking to BBC News, Clarke acknowledged the importance of food testing and explained that Tesco has reworked its strategy to ensure “a comprehensive testing regime” following the horsemeat scandal which was unearthed last month.

Clarke explained: “We‘re going to bring meat production a bit closer to home as we do buy some – particularly frozen products – out of Europe and we will bring it closer to home.

“We will also have more partnerships and collaboration with farmers.”

Guaranteeing that all products sold in store will contain what they say on the label is the retailer‘s main objective, Clarke said, though he conceded this was not currently the case as tests are yet to be completed.

Such testing is likely to prove expensive and a change to pricing structure is possible as a result, though Clarke pledged to avoid price rises where possible.

“Hopefully it doesn‘t mean price increases but I can‘t stand here today and tell you it won‘t,” he said.

Clarke told Sky News that the crisis had had a minimal impact on sales, though yesterday‘s grocery market share data from Kantar Worldpanel revealed that overall frozen burger sales had declined by 43 per cent in the four weeks ending February 17th 2013 as consumers remain concerned about contamination.

Earning the trust of their customers is a key concern Clarke explained, and he hopes that today‘s conference will reaffirm the company‘s commitment to quality.

He said: “Millions of customers every week do trust us because they shop with us.

“The reason I‘m here today talking to the NFU is to signal a change. A change which means we‘ll have the most stringent testing regime; a change that means we will bring production closer to home and a change that means more partnerships with farmers here in the UK.

“I think those three things are good signs of why more customers should trust us.” 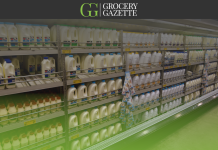 A Cow’s Life: how will the dairy fall-out affect supermarkets?