As many as 1,800 Coca-Cola employees will lose their jobs, as the world‘s largest drinks business continues to cut costs amid stagnant revenue growth.

Making up around 1% of the beverage giant‘s global workforce, the first lot of the some 1,000 members of staff were informed of the “impacts to their departments” yesterday, and more jobs will be diminished in the coming months, the company said in an e-mailed statement. The cut backs will stretch across Coke‘s corporate headquarters and North American operations, both based in Atlanta, as well as its international units.

In October last year, Chief Executive Officer Muhtar Kent announced a 14% drop in Q3 earnings and said he would look to save $3bn in annual costs, as the company faced a “critical year” and growing concerns over obesity and artificial sweeteners. He cited the possibility of slashing jobs on the conference call.

As part of Coca Cola‘s effort to trim such expenses by 2019, it has rid of premium benefits for employees, including the replacement of executives‘ limo travel with taxi travel. Along with the cuts however, come significant investments, including a minority stake in Keurig Green Mountain, the Waterbury, Vermont-based maker of premium single-cup coffeemakers. The move comes in a bid to reduce its heavy dependence on soft drinks, which unsurprisingly make up 70% of Coca Cola‘s global revenue stream. 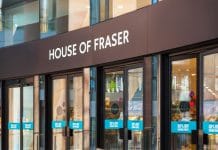