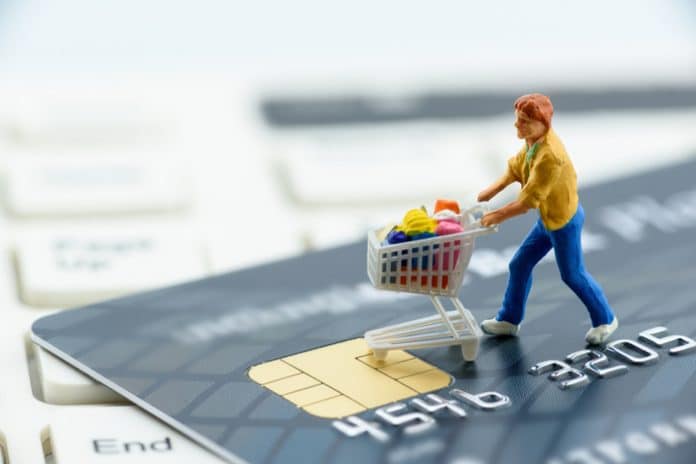 Retail sales bounced back in May as a combination of sunny weather, the Royal Wedding, the FA Cup Final and long weekends boosted consumer spending.

According to the latest Retail Sales Monitor from the British Retail Consortium (BRC) and KPMG, retailers around the UK benefited from the strongest growth seen in more than four years as consumers flocked to garden centres, splashed out on supplies for picnics or royal wedding parties, and splurged on new summer wardrobes.

In May, UK retail sales increased by 2.8 per cent on a like-for-like basis compared to the same month last year, when its had decreased 0.4 per cent from the preceding year.

This is above the three-month and 12-month averages of 1.2 per cent and 1.5 per cent respectively and the highest increase since January 2014, when not including Easter distortions.

Over the three months to May, in-store sales of non-food items declined three per cent on a total basis and 4.1 per cent on a like-for-like basis.

On a 12-month basis the total decline was 0.2 per cent, but on a monthly basis, it was the best performance since January 2016, excluding Easter distortions.

This is below the 12-month total average growth of 3.6 per cent, which the BRC and KPMG said was further evidence that growth has peaked since inflation started to recede.

On a monthly basis, this was the best performance since July 2013, excluding Easter distortions.

Over the three-months to May, non-food retail sales in the UK decreased 1.4 per cent on a like-for-like basis and 0.5 per cent on a total basis.

This is below the 12-month total average decrease of 0.2 per cent, and on a monthly basis, this was the best performance since January 2016, excluding Easter distortions.

This is above the three-month and 12-month averages of 8.8 per cent and 8.1 per cent respectively.

KPMG’s UK head of retail Paul Martin said the Retail Sales Monitor for the month of May provided a much needed uplift to retail performance.

“Two bank holiday weekends, a royal wedding and of course sunnier spells will have been the main drivers behind the apparent rebound, with both online and high street sales thankfully up overall,” he said.

“Grocery sales once again continued to be strong, boosted by added enthusiasm for picnics and barbeques.

“That said, the picture was less favourable in the larger discretionary categories such as home improvement and furniture.”

He added that while the latest monthly figures painted a rosy picture, there was no room for complacency.

“The market is increasingly being split into winners and losers, with a number of legacy players continuing to face extremely challenging conditions,” he said.

“As such, focusing on transforming businesses both operationally and financially is pivotal.”

BRC chief executive said the figures for May allowed retailers to recover some of the ground lost in April.

“Encouragingly, growth was seen across channels as stores made a comeback with their best showing in 16 months,” she said.

She added that despite the more positive findings, the retail environment remained “extremely challenging, with trend growth still very low by historical standards”.

Meanwhile, a separate report from Barclaycard said consumer spending grew by 5.1 per cent year-on-year in May – the highest level recorded since April 2017.

It said the warmer weather over the early May bank holiday encouraged shoppers to head out and spend their money.

Barclaycard said spending on women’s clothing saw its first increase since June 2017, while spending in garden centres surged by 50.3 per cent over the three-day early May bank holiday weekend compared with the same long weekend in 2017.

DIY spending was also up by 19.7 per cent, spending in pubs jumped by 19 per cent and supermarket spending increased by 10.1 per cent over the same period.

Overall, Barclaycard said spending in garden centres was up by 23.8 per cent in May compared with a year earlier, while pub spending reached 12.5 per cent overall growth.

Despite the strong growth seen in spending, the proportion of people saying they felt confident about their household finances edged down in May, down to 57 per cent from 62 per cent in April.

Barcladycard director Esme Harwood said: “In the next few months, we expect to see families carefully balancing their budgets to ensure they don’t miss out on their must-see and must-do experiences of the summer.”