A legal battle brought on by former Clarks chief executive Mike Shearwood has not ended in his favour, with the footwear retailer winning the case at the employment tribunal today.

Shearwood had dragged the retailer to an employment tribunal in Bristol this week for an unfair dismissal case.

During the tribunal proceedings, Shearwood alleged he was given a list of allegations against him at a board meeting last June, just hours before his departure was announced.

Shearwood was then forced to resign from his role as Clarks chief executive with immediate effect over “complaints of conduct contrary to the family-owned company’s code of business ethics”.

Several media reports indicated that Shearwood, who had been with Clarks since September 2016, allegedly spoke to colleagues using racist and sexist language.

However, he alleged he was not given a chance to respond to the misconduct allegations.

Shearwood also alleged he was ousted from Clarks because he tried to expose questionable corporate governance, such as allegations that chairman Tom O’Neil adjusted the minutes of board meetings – which Clarks refuted during the tribunal.

The employment tribunal heard that Shearwood was contractually obliged to comply with Clarks’ code of ethics, which stated it was “committed to ensuring its workplaces are free from harassment including reference to gender, race, sexual orientation”.

“Clarks welcomes the tribunal’s ruling and the rejection of Mr Shearwood’s claims,” a spokesperson for the retailer said.

“It has always been Clarks’ belief the allegations raised by Mr Shearwood were unfounded. With the tribunal ruling as it has, we hope this matter will now remain closed.

“We stand by our decision in relation to Mr Shearwood’s departure and are pleased to see the tribunal rule in our favour.

“We made it clear at the time of Mr Shearwood’s resignation that we would make no further comment on the particulars of his conduct and intend to maintain that stance.

“Clarks was founded on principles of integrity, equality, and community almost 200 years ago, and these values continue to underpin everything we do as a business.”

Shearwood has not yet provided comment at the time of print.

Senior independent director Stella David took on the role of interim chief executive in the wake of Shearwood’s departure before she was promoted to chair of the footwear retailer in April. 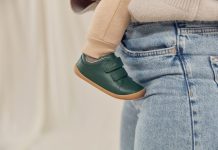