Oasis and Warehouse has made two promotions as it seeks to strengthen its management team.

Stewart will be responsible for the buying, merchandising, design and brand marketing functions for both Oasis and Warehouse.

Both promotions come into effect immediately.

Oasis and Warehouse has said that neither of the managing director roles will be replaced.

Robinson joined the group in 2007 before becoming head of finance for Oasis and Warehouse in 2013, and finance director in 2014.

Property, IT and distribution teams will now report to Robinson, in addition to the finance teams.

Ladha said that both Stewart and Robinson have proved themselves over the years.

In January, Oasis revealed that managing director Sarah Welsh is leaving to join the N Brown Group on March 30 as retail chief executive. 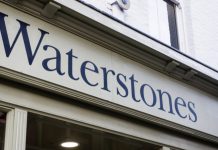