// Sainsbury’s has revealed a donation of £4.1m has been sent to vulnerable people across the UK

Sainsbury’s has revealed that its customers, along with Argos, Habitat and Nectar customers have collectively raised over £1.9 million for Comic Relief and BBC Children in Need over the past three weeks – all of which was matched pound for pound.

The UK government also pledged to match every penny donated.

As a result, a total of £4.1 million has been donated towards vital emergency support for vulnerable people in the UK through the retailers’ joint appeal, which ran from April 9 to May 1.

The Big 4 grocer also said it was donating over 750,000 brand new items from its Tu clothing range towards local communities and charities via Comic Relief and Sainsbury’s existing charity network.

Sainsbury’s said the donations would provide “vital frontline support to people who need it most through this crisis”.

This includes vulnerable children and young people, people who are homeless or living in poverty, women and families at risk of domestic abuse, and those struggling with mental health problems during the Covid-19 crisis.

“The money raised will go towards helping vulnerable people and make a truly important difference to their lives.”

The supermarket chain also signed the C-19 Business pledge, a government-backed initiative “to harness the power of business as a force for good during the pandemic,” with the initiative to support employees nationwide. 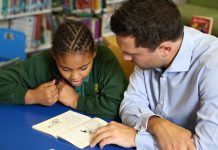