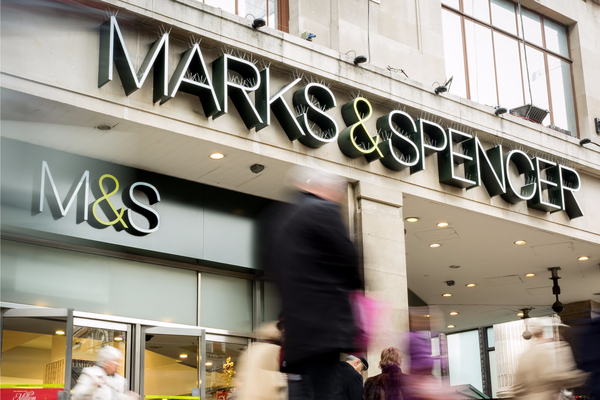 // Contactless click-and-collect service expanding to 16 stores, alongside the rollout of other technology

Marks & Spencer has revealed plans to create 500 seasonal jobs in online distribution as it prepares to deliver its “most digital Christmas yet” amid ongoing Covid restrictions.

M&S said the new jobs will consist of fixed-term contract staff at its online distribution centre Castle Donington, and they will be in addition to the 400 permanent roles that were announced in July.

The retailer said that the total of 900 new roles mean its total staff numbers would increase 30 per cent year-on-year to approximately 4000.

As part of its Never the Same Again programme, M&S said it was turbocharging growth on its website to reflect the accelerated shift to online shopping seen during the pandemic.

In August, M&S reported a 39.2 per cent increase in its online sales and has seen over 1.5 million new downloads of its popular app since the relaunch of its Sparks loyalty scheme in July.

The retailer added that customers were already turning to online for festive inspiration, with Christmas-related searches up 80 per cent on last year.

M&S said that all of its new staff would be trained in a minimum of two of the four core tasks – receiving products, putting products away, picking products and packing products – as part of its wider commitment to build more flexible, efficient teams across the business.

The retailer highlighted that its Castle Donington, Leicestershire, site has already adapted with “robust” hygiene and social distancing measures in place – from door closing devices to increased cleaning schedules to perspex screens between workstations.

Since it first opened in 2012, the Castle Donington warehouse has utilised automated technology and M&S said that ahead of this Christmas, it would roll out new “Autobagger” machines that can each pack 2000 items every hour, and are powered by 100 per cent renewable energy.

M&S is also hoping to make the most if the Castle Donnington’s newly-built mezzanine floor by aiming to dispatch 75,000 items through updated picking and packing IT technology.

In comparison, the record despatch from the mezzanine last year was 50,000 single items.

“We’re set up to ensure our colleagues can safely help our customers shop online with confidence this Christmas – from great new team members to investing in our tech,” M&S head of clothing and home logistics Paul Burns said.

In addition to improvements at Castle Donington, M&S said teams at 140 stores are already picking online orders, for click-and-collect and home delivery.

The retailer added that it has an additional 100 stores set up and ready to pack orders in response to local demand.

Finally, throughout November M&S said it would extend its new contactless click-and-collect service to a further 12 stores including Hedge End, Epsom and York Vangarde.

The retailer said that due to the pandemic, over 40 per cent of M&S parcels are now collected at an M&S Food-only stores versus just 30 per cent last year.