// She previously worked at YNAP for seven years, leaving in 2018 to join Matchesfashion

Yoox Net-a-Porter Group (YNAP) has appointed Lea Cranfield to the new-created role of chief buying and merchandising officer role for its Net-a-Porter fascia.

Cranfield will be re-joining the online fashion retailer after previously working there for seven years, first at Mr Porter as merchandising manager in 2011 before becoming merchandising director at YNAP between 2015 and 2018.

She joined Matchesfashion in 2018 and has been there since, currently as commercial director.

Her focus will be on continuing to drive the connection between the talent of Net-a-Porter’s buying teams, with data to curate a finely-tuned selection of products that inspire its customers.

As part of this Cranfield will leverage the know-how of the in-house data analytics team as well as those within the China Alibaba JV, to aid accuracy in predicting trends and deeply understand local preferences.

She will report to YNAP luxury division president Alison Loehnis.

NAP chairman Federico Marchetti said: “I am delighted to welcome Lea back to our group – her innovative mindset matches ours and together we will accelerate our journey to a new era of luxury and fashion buying.” 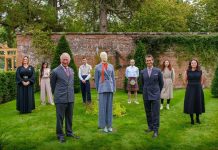 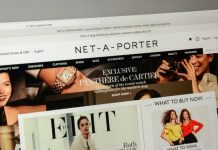