// Tesco says it does not sell any beef, chicken or pork from Brazil, & has targets to ensure soy used in its supply chains don’t cause deforestation

// 2/3 of the 3.2m tonnes of soy the UK imports each year comes from South America

Environmental campaigners are urging Tesco to stop buying meat and dairy from suppliers they say are involved in destroying the Amazon rainforest.

Greenpeace is also calling on the retailer to halve the amount of meat it sells by 2025 to protect wildlife, the climate and people.

According to the environmental group, Tesco is buying meat from companies that are linked to destruction of the Amazon, which is being burned and cleared to make way for cattle ranching and growing soy for animal feed.

However, the Big 4 grocer said it did not sell any beef, chicken or pork from Brazil, had set targets to make sure soy used in its supply chains did not cause deforestation, and was increasing its plant-based range.

Tesco also urged the UK Government to mandate companies to do due diligence on their supply chains to make sure food sold in the UK is deforestation-free.

Greenpeace said industrial scale meat production, including clearing land for beef production and to grow crops such as soy used as feed for meat and dairy livestock, was the biggest driver of deforestation around the world.

As the Covid-19 pandemic continues, there are concerns that forest destruction is on the increase in Brazil, with more fires burning in the Amazon where they have been set to clear land, and deforestation also on the rise this year.

The fires release millions of tonnes of carbon dioxide into the atmosphere, harm wildlife, threaten the lives and livelihoods of Indigenous people, and cause air pollution.

Two thirds of the 3.2 million tonnes of soy the UK imports each year comes from South America.

Greenpeace said it has been told by Tesco that it uses 516,000 tonnes of that, and almost all of it is used as feed to produce meat and dairy products.

The environmental group accused the supermarket chain of pushing back the goal to end its part in deforestation for commodities such as soy from a 2020 date to 2025, and of not having a credible plan to get there.

Greenpeace raised concerns that rather than tracing soy supplies back to the farm, Tesco purchased credits to certify a volume of soy equivalent to the amount in their supply chain has been produced sustainably.

However, Tesco said it was on track to deliver zero net deforestation by 2020 through the certification process, and had brought in tougher 2025 targets to ensure soy was from whole areas and regions verified as deforestation-free.

“Scientists warn that in fewer than 20 years it could collapse with catastrophic consequences for Indigenous groups, forest wildlife, our health and the climate.”

She added: “Unless Tesco commits to significantly reducing meat and dairy sales and drops forest destroyers immediately, vitally important forests will continue to be slashed and burned, and climate change and the risk of future pandemics will only get worse.

“Our future depends on us eating less meat and dairy and more plant-based food. This way, we could feed more people with all the calories and nutrition needed for a healthy diet without destroying forests.”

Tesco chief executive Dave Lewis said: “Setting fires to clear land for crops or grazing is destroying precious habitats like the Brazilian rainforest. It must stop.

“That’s why we support Greenpeace’s aim to prevent further Amazon deforestation. That’s why Tesco does not buy meat from Brazil.

“It’s why we will hit our target of zero deforestation in our soy animal feed through certification this year. And it’s why we commit to do more, setting tougher targets for 2025.”

He added: “Today we call for our government to mandate food companies, as part of its National Food Strategy, to introduce effective due diligence across supply chains to make sure all food sold in the UK is deforestation-free.”

Lewis also said that while shoppers did not want supermarkets to remove meat, there was a need to reduce meat and dairy consumption, and Tesco’s plant-based protein lines had increased by 46 per cent since last year,

He urged the UK Government to act across the whole food system “taking into account economic recovery, health, environment and crucially, affordability”. 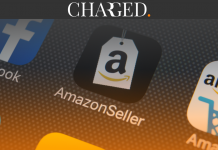 Amazon offers UK workers up to £3,000 to join before the festive season 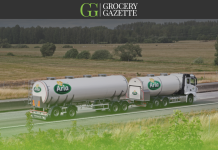