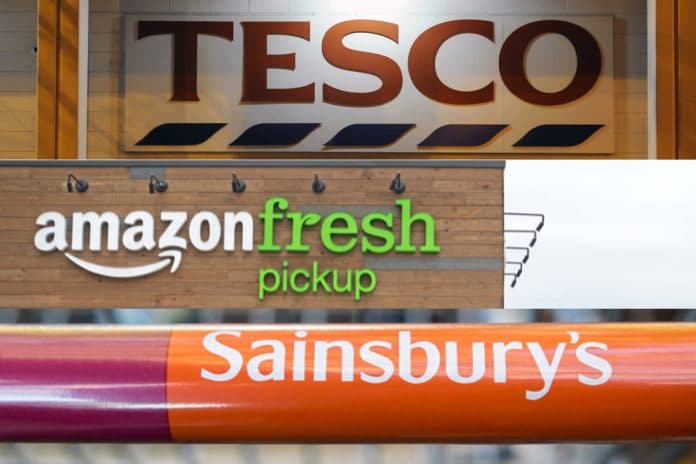 “This partnership‘s gonna change the world.”

These are the triumphant words of Whole Food founder John Mackey to his employees last week, as he laid out his “whirlwind courtship” with Amazon.

Despite his reputation for being somewhat eccentric Mackey is only partly exaggerating, as the new partnership between the online retail behemoth and upmarket grocery chain is destined to have a considerable impact on the retail sector — if not the world.

“consumers are increasingly moving to smaller, local stores rather than large supermarkets”

Arguably the most powerful international force in retail, Amazon‘s $13.7 billion (£10.8 billion) acquisition of Whole Foods is essentially its breakthrough into the bricks-and-mortar grocery sector — and it would have sent shivers down the spine of the collective leadership of the Big 4 grocers in the UK.

A new player to the game is a comparatively small obstacle amid the “seismic shifts” happening in the sector, shifts which look likely to redefine the key players. In the next few years, the Big 4 could well become the new Big 3.

Earlier this year Tesco announced its plans for a £3.7 billion takeover of Booker, supplier to over 5000 convenience franchises around the country. Already the dominant force of the Big 4, this move has taken the paralyzing price war still raging in the UK, and thrust it into a new battleground.

In the face of a property scarcity and soaring inflation Tesco opted to beef up its supply chain, making both its convenience and online offerings more efficient.

“Sainsbury‘s move to acquire Nisa is another strategic move for one of the key players in the sector after some substantial deals seen recently in the hyper competitive grocery market,” he said.

“Sainsbury‘s move into convenience shows the brand‘s determination to remain a key player in the market.

“With property scarcity playing a bigger role in grocer‘s ability to expand, this move signals Sainsbury‘s belief that consumers are increasingly moving to smaller, local stores rather than large supermarkets for increase ease and convenience.

“As competition in this area continues to intensify, we would expect to see further acquisitions that will help brands to increase available retail space.”

Sainsbury‘s planned acquisition of 2000 convenience stores —  on top of its recent £1.4 billion takeover of Home Retail Group fascias Argos and Habitat —  places it on steady footing to capitalise this trend, not least because it adds every Nisa store to its click-and-collect offering.

While Tesco and Sainsbury‘s take safety in scale by adding brands and integrating their supply chains, Morrisons and Asda continue to struggle to stave off German disruptors Aldi and Lidl.

In May, Asda posted its 11th quarter of decline in a row. Despite slight improvement on prior losses, its focus will be on stabalising losses and enticing customers rather than making lavish acquisitions.

Meanwhile, Morrisons efforts to match its rival‘s innovation seems to be falling behind. It became the first grocer to partner with Just Eat earlier this year. In what seemed like a promising development it also partnered with online grocer Ocado last year aiming to focus on deliveries, but there is growing speculation Ocado could be next on Amazon‘s shopping list.

The Big 4 is looking increasingly weighted towards the biggest two, but as professor Gary Warnaby states it could be a while before Amazon becomes the third.

“If  the Tesco and J Sainsbury acquisitions of Booker and Nisa respectively actually happen, then that could lead to  some degree of redefinition of the food retailing  sector, as wholesale and  retail potentially become increasingly interconnected, and these two  entities start to pull away from the pack again,” he said.

“Amazon is, I think, a far more longer-term issue as that company’s presence  in food is limited in comparison to other sectors, but it  seems to signal a clear intent.

“However, food retailing is different to selling books etc., so I think there would have to be some major investments in their food-related infrastructure for them to be a big player.

“However, the company has huge resources, so if it decides that this is a priority, then it could really happen.”